Become a private donor and join the Friends Association

Your contribution makes the difference!

Take advantage of the exclusive advance purchase right for concert tickets. You will receive advance information on the upcoming programs from the festival’s management, and will enjoy mutual feedback with other enthusiastic Mozartfest friends. 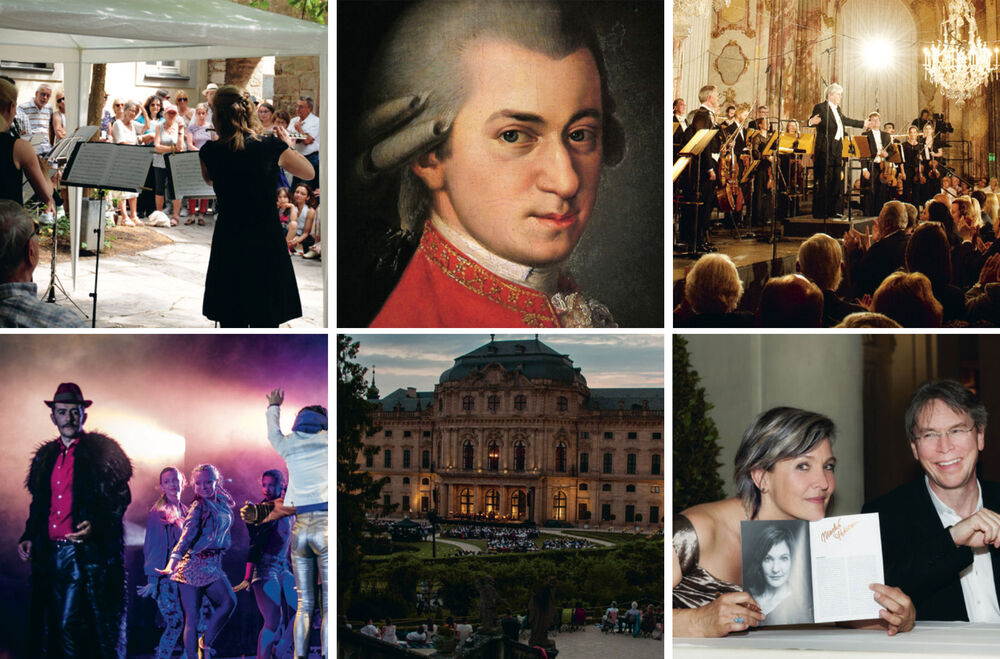 Do you have any question about the membership?

The general meeting with presentation of the 2023 season will be held at the end of the year. More information will follow.

Schoolchildren | vocational college students | apprentices | students | all max. until the age of 27; after that automatic transfer to the FRIENDS category | Annual subscription 45 €

In the Mozartfest 2022, there will again be exclusive additional dates for members of the Friends Association, such as a rehearsal visit, guided tour of the outside broadcast van, champagne reception at the Nachtmusik, intermission lounge at selected Kaisersaal concerts etc. The exact events and dates are yet to be communicated.

Mozart's »Würzburgbrief« to his wife Constanze as facsimile edition

On September 28, 1790, in a letter to his wife Constanze, Mozart describes a six-day trip to the coronation celebrations of Leopold II in Frankenfurt am Main. He also mentions the tasty cup of coffee in Würzburg, which is often referred to today when talking about the »Mozartfest« and its connection to Mozart: »In Würzburg we also strengthened our stomachs with coffee, a beautiful, magnificent city«.
In 1921, »Mozart« was celebrated for the first time in the state rooms of the »Mozart« residence, which was a royal Bavarian residence until 1918. The anniversary gives reason to exhibit Mozart's letter on the occasion of the anniversary in Würzburg and also to facsimile it. The valuable original of the letter is in the Hebrew National Library in Jerusalem and can now be viewed exclusively as a full-size facsimile.

Professor Ulrich Konrad, holder of the Chair of Musicology I at the University of Würzburg, has for the first time completely reconstructed Mozart's journey to the mega-event of an emperor's coronation on the basis of this letter, thus documenting the practical life of the time from a socio-historical perspective. Remarkable for the history of the city is the fact that Würzburg already had nine coffee houses at that time. Mozart's »Würzburgbrief« is thus available in a language understandable to today's readers and also in an English translation.
The Friends Association publishes a special edition limited to 200 numbered copies, which can be obtained from the Friends for a minimum donation of 50 Euros. The limited edition will be offered exclusively to the members of the Friends Association until 13.12.2020 and will be sent to the donors after receipt of the donation amount. The donation account at the Sparkasse Mainfranken Würzburg is: IBAN DE46 7905 0000 0000 0443 21

50 Roman numbered and hand-bound luxury copies in a red casket, signed by the Lord Mayor of Würzburg, Christian Schuchardt, the Director of the Mozartfest, Evelyn Meining, and the author of the commentary, Professor Dr. Ulrich Konrad, can be purchased at a later date. Part of this VIP edition is intended for the patron of the 2021 anniversary celebration and other guests of honor such as the President of the Federal Republic of Germany. 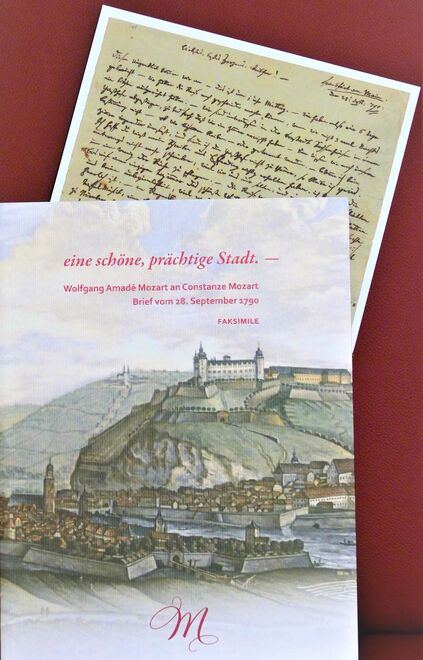 He really finds Würzburg »official«, Wolfgang Amadeus Mozart wrote in a letter. Ulrich Konrad from the University of Würzburg learned a great deal about Mozart's travel comfort and the exact circumstances from the letter. The article can be heard in full length on BR Klassik.

Restoration of the Steinway piano 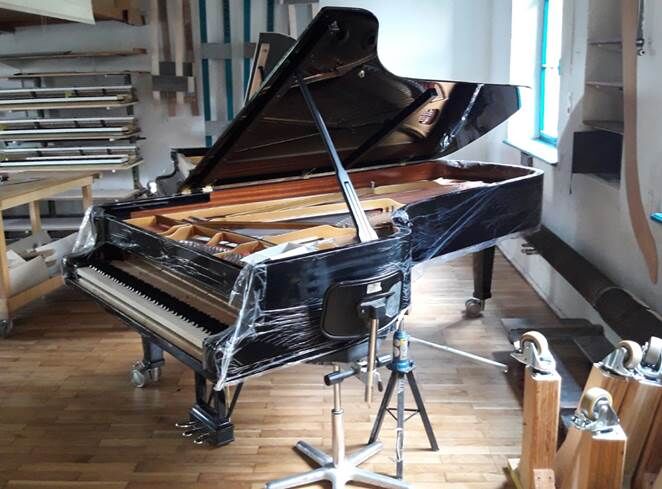